Dr Cynthia Maung, herself a displaced person forced to flee her homeland in 1988, has worked tirelessly for 30 years, providing critical healthcare, education and protection to the people of Burma. 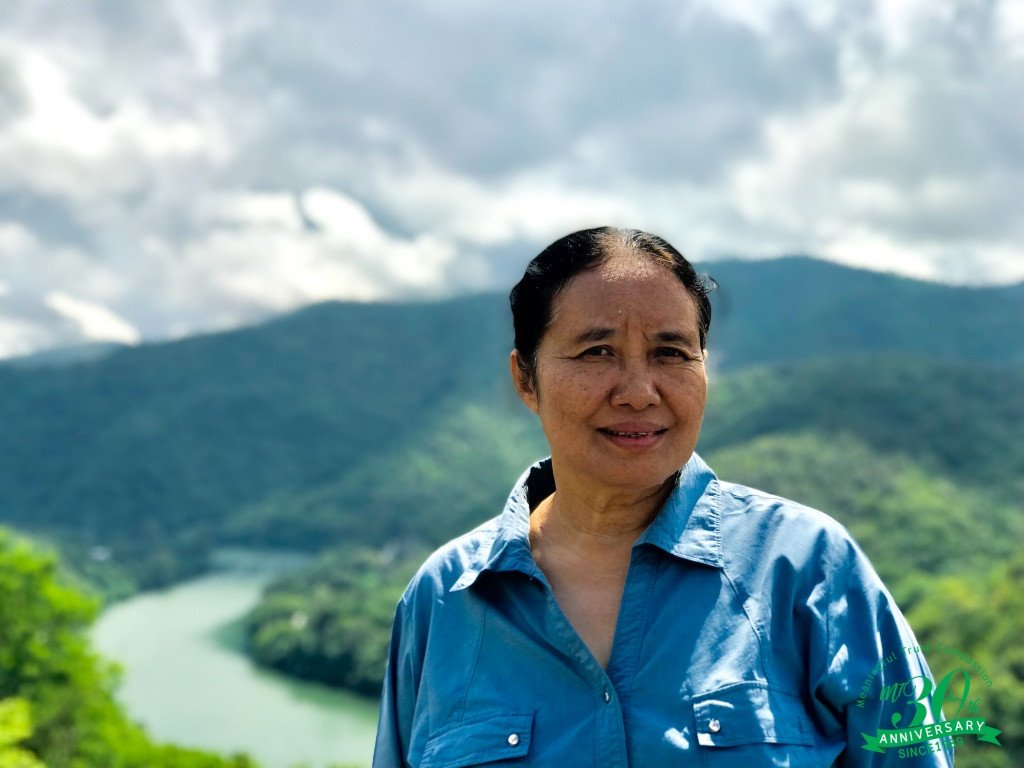 Like many Thai towns along the Thailand-Burma border, Mae Sot is a sanctuary for many Burmese refugees in their flight from the upheaval of civil war in their own country.  Tens of thousands of Karen and other Burmese minorities subsist on the fringes of the Thai economy and await a brighter future.  It is here in Mae Sot – as the bitter war continues across the border – that Dr. Cynthia Maung continues, after 30 years, to face the challenges of providing health care to this sector of society.

Dr. Cynthia knows firsthand the health challenges facing refugees and the internally displaced. She fled her native Burma during the pro-democracy uprising in 1988.  She was born into a Karen family in Rangoon in 1959 and grew up in Moulmein with her parents and 6 siblings. Cynthia attended No. 4 State High School and it was during this period that political upheaval and the student movement began to cause disruptions to the education system in Burma.  Cynthia found that many of her friends were dropping out of school, as they needed to work in order to make a little money to assist their family.

In 1977, the Burmese government began to make changes to the educational system which affected universities and colleges, and there were more disruptions to the school year.  Cynthia finished high school this year but had to wait for 10 months before being able to enter the regional college where she was required to spend 2 years before entering medical school.  A further 10 months between the regional college and medical school meant that it was 1980 before she was able to commence her medical studies.

During her time at medical school, Cynthia and her fellow students traveled home to spend time with their families twice a year. They needed to travel by train and boat and there were often other young people and teenagers on board who had dropped out of school. Cynthia and her friends saw that many of these people worked very hard and had crossed into Thailand to buy things that they could then sell in Burma. These young people were always under threat of arrest by Burmese military or customs officials who would come on board and either confiscate all of their belongings or arrest them and take them away. These young people feared the officials a great deal, as they knew that if they were caught with the goods or without ID they could lose everything or worse still, be forced into military activities such as becoming a soldier or a porter for the army.

After medical school, Dr. Cynthia undertook a one-year internship in Moulmein General Hospital. It was during this time that Dr. Cynthia began to realize how poor some people were and how much they had to sacrifice in order to get medical care. Many people sold their homes, property and land or animals so that a family member could receive medical assistance. But still they had to purchase their own supplies such as soap, blades and dressings if they required surgery.  Equipment was old and often broken, and things such as syringes were used again and again.

From there she went to work in a private clinic in Bassein in the delta area of Burma.  It was during this time that the Burmese government decided to change the monetary system.  Some of the currency became invalid and many people lost their life savings.  This caused suffering for many people and especially for students and the poor.  Some schools closed down and the student movement became stronger.  Dr. Cynthia’s mother got sick at this time and so she moved back to Moulmein to help care for her and to be close to her family.

In  1987, Dr. Cynthia started working in a clinic in Eain Du Village in Karen State. The village, which was on the main transit route between Pha An and Myawaddy was made up of three main ethnic groups: the Pa O who earned their living mainly by weaving, the Mon who ran the small shops and businesses, and the Karen who made a small living from farming and agriculture.  Living for all of these people was difficult and they all struggled to survive on a daily basis. Dr. Cynthia realized how poor the people were, how little they had and watched as they were forced into working for the military as soldiers and porters. Many village children were not able to attend school and from necessity helped the military in order to make a small amount of money so that they could survive.  Taxation was high and diseases such as TB widespread.  The village had one small hospital but during her stay there was a doctor present for only 2-3 months and there were no medicine or supplies with which to treat the people.

During 1988 the pro-democracy movement and demonstrations increased. Dr. Cynthia joined up with other villagers and high school and university students who had returned to the village. They tried to work together with similar groups from other parts of the country to bring about positive change in Burma. There was a lot of tension, and parents were worried about their children and their safety. Communication and transportation avenues were cut off and the price of rice and commodities went higher and higher. There was confusion and fear among the people.

On September 19, 1988 the military seized power, many activists disappeared, fled the country, or were forced to go into hiding. Many thousands of people moved quickly to the Thai–Burma border. On September 21, Dr. Cynthia and fourteen of her colleagues decided it was time for them to go also. With few provisions or personal belongings, they fled through the jungle for seven days. They traveled mainly at night and as they passed through remote villages (where the people had never seen health workers or had access to a hospital) they tried to treat the local people suffering from disease and injury with the limited supplies that they carried.

On arrival in Thailand, Dr. Cynthia and her friends stopped at Mae La, opposite Be Claw refugee camp in Tha Song Yang district.  Here Dr. Cynthia worked at a small hospital treating those fleeing the fighting.  There was a lot of confusion as thousands of people tried to find their friends and families. There were many people with many different political ideas, and illnesses such as malaria were rife. Later, Dr. Cynthia moved to Hway Ka Loke refugee camp and it was while she was here that she made contact with Karen leaders responsible for student affairs and with local Thai authorities and church groups who were sympathetic to the plight of these people.  Together, they tried to set up some systems to lessen the confusion and to bring a little order to the situation in the area.

In November 1988, Dr. Cynthia moved to Mae Sot. She wanted to set up a center for students needing somewhere to stay or requiring referral for further medical care. Mae Sot had a hospital where this could be done and from this time the Clinic began to develop a referral system with the local hospital which continues today.

In February 1989, she was offered a dilapidated building with bare dirt floors on the outskirts of Mae Sot. Here, Dr. Cynthia went to work. Her makeshift clinic had few supplies and less money. She improvised by sterilizing her few precious instruments in a rice cooker and solicited medicine and food from Catholic relief workers working in the area.  She and her companions lived simply and worked hard to treat the increasing number of patients coming to the clinic with malaria, respiratory disease and diarrhea as well as gunshot wounds and landmine injuries. Malaria cases are still one of the most common diseases treated by the Mae Tao Clinic.

As the years have passed, the type of patient attending the clinic has also changed. In the beginning, it was mainly students and young people escaping the fighting. Gradually, migrant workers began to come to the area in an effort to find work and money for their families at home. As more time passed, their wives and families joined them. Today, there are also many children and adolescents who are dropping out of school and need a place of safety. As the population changes, so do the medical needs of those that the Clinic serves. Today, one of the highest patient loads is in Reproductive Health and associated areas. Each year, around 2,000 babies are delivered at the Clinic.

The Clinic’s facilities and activities continue to grow. Currently, between 250 -400 people on average come and are treated at the clinic each day, and there is a staff of about 400 providing comprehensive health services, health training and child protection services. Total caseload exceeds 95,000 cases annually.

If you ask your parents 'when was the best moment

Mae Tao clinic would like to thank our volunteer d

Thanks to your support, we have been able to provi

[MLC students only] We are looking for a new desig