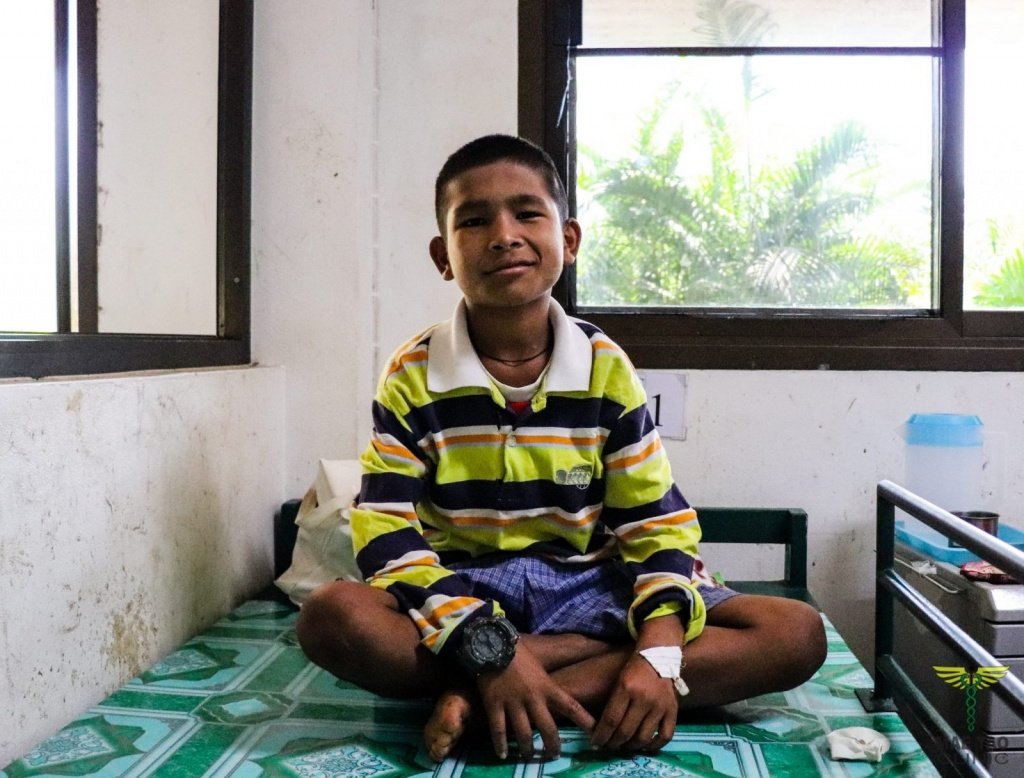 One evening, 10 years old Ko Pyint felt severe pains in his stomach. His mother tried to alleviate the pain with traditional medicine but the pain wasn’t mitigated but even got worse. Next morning his mother decided to bring him to Mae Tao Clinic… 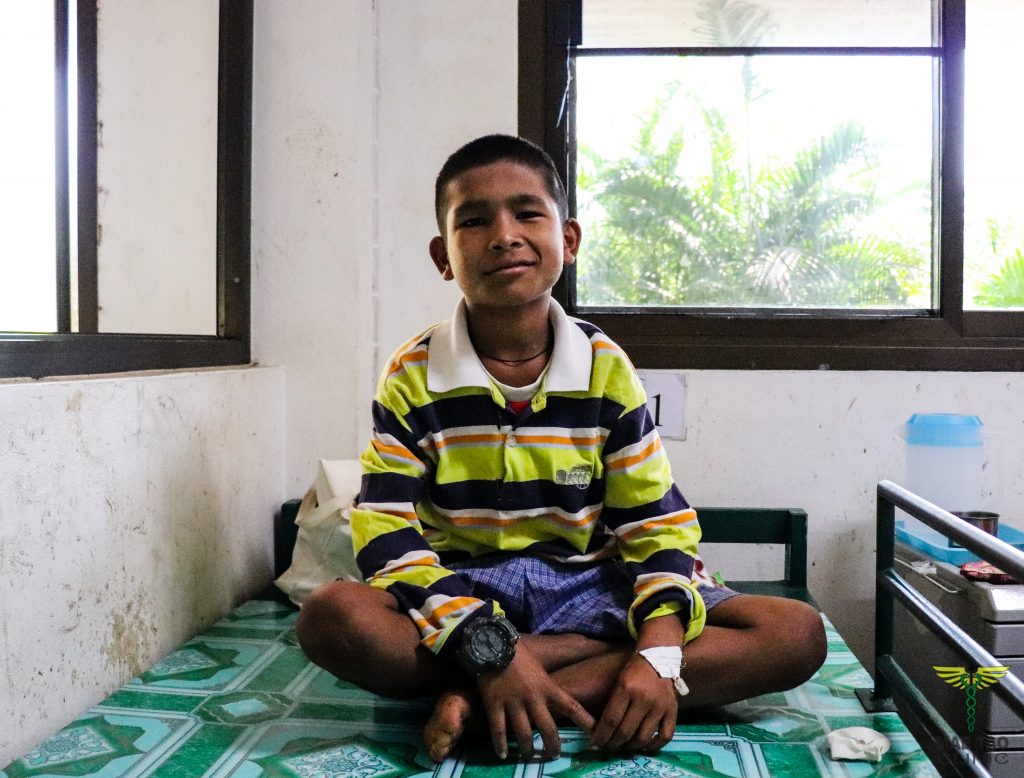 10 years old Ko Pyint is originally from Burma moved to Thailand with his parents when he was 3 years old. His parents decided to migrate in search of more job opportunity. The family consists of 5 members, including Ko Pyint’s 2 siblings that live in a small village in Mae Ku[1]. The parents work as daily workers, making 150 THB (4.8 US$) per day which is intermittent. In Ko Phyint’s village, there are around 80 households; most of them are migrant workers from Burma. Migrant Learning Centre provides education up to grade 6 to migrant children and community health workers provide primary health care services in the village. Although some villagers have the legal status, such as the CI[2] they find it hard to use Thai clinics as they have language barriers.

One evening, Ko Pyint felt severe pains in his stomach. His mother tried to alleviate the pain with traditional medicine but the pain wasn’t mitigated but even got worse. Next morning his mother decided to bring him to Mae Tao Clinic because when a similar situation happened to Ko Pyint before community health workers suggested he should go to the clinic for receiving an in-depth medical examination. 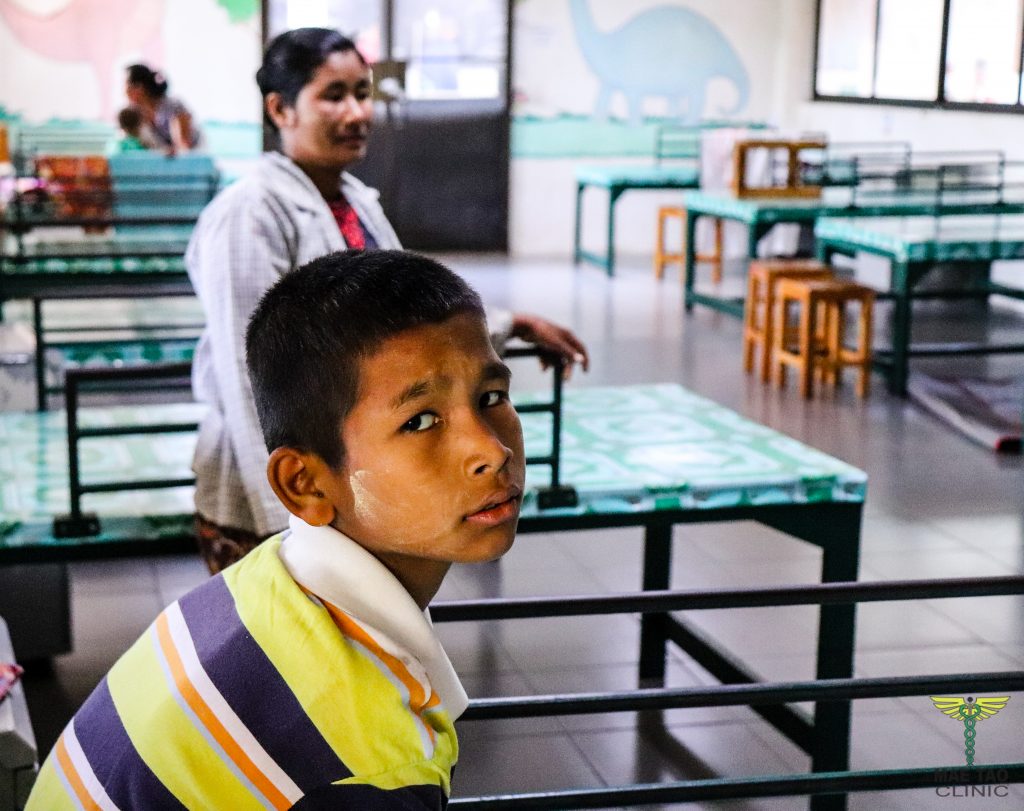 Ko Pyint had intense abdominal pains when MTC Child Inpatient Department (IPD) health staff examined him. Health workers suspected either Typhoid fever or Appendicitis. To treat the symptoms health workers provided him with analgesic, Intravenous fluids, and anthelmintic (for treatment for deworming). By virtue of timely and appropriate treatment, Ko Pyint’s pains got noticeably reduced in 3 days. While Ko Phyint is admitted into the Child IPD, health workers also provided his parents and him with health education on hygiene, in particular, the hand washing. Many migrant children suffer from diseases caused by hygienic issues.

“I cannot thank enough Mae Tao Clinic for taking good care of my son. The clinic has provided not only the treatment but also meals and a place to stay at no cost to us. This service is exceptional for migrant people like us. Thank you,” said Ko Phyint’s mother at the end of the interview.

In 2017, 1,396 children were admitted in the Child IPD. Of them 65% are under 5-year-old and 52% crossed the border to get treatment. Dengue fever, diarrhea, thalassemia, acute malnutrition, influenza and pneumonia together account for 64% of the diagnoses.

The vaccinations offered by MTC are the same as those received by Thai children, and in 2010, 3,841 doses were administered, which became nearly five-times more in 2017 (19,261 doses). To gain immunity, each child must complete the three-dose course. 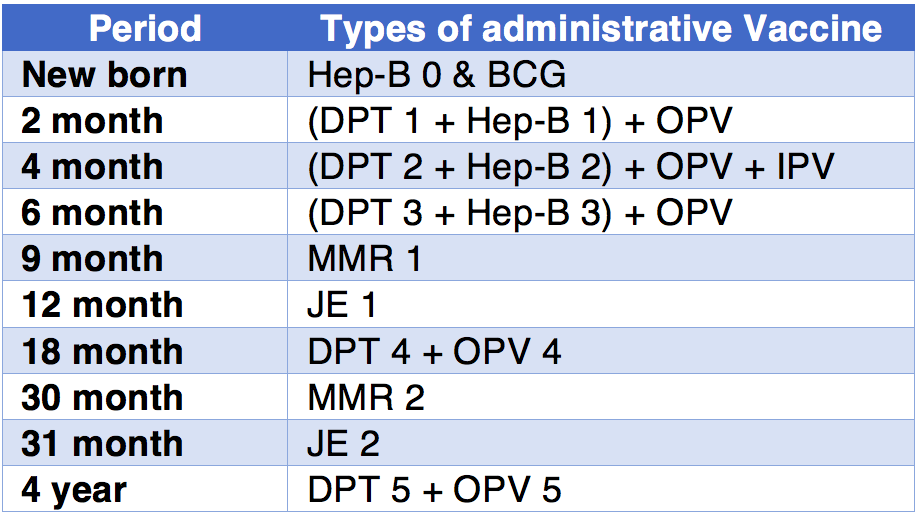 [1] Mae Ku: The district (Amphoe) Mae Sot, Tak province is subdivided into 10 subdistricts. Mae Ku is one of the subdistricts. [Wikipedia: https://en.wikipedia.org/wiki/Mae_Sot_District]

[2] The CI (Certificate of Identity) is for migrants who don’t have a Burmese ID card and household registration document at hand. A CI allows migrants to travel freely in order to obtain necessary documents and ultimately apply for a Burmese Passport.